“Going on the JST voyage was so far out of my comfort zone I almost thought I couldn’t go through with it, but it turned out to be one of the greatest achievements of my life. I overcame fears that I didn’t even know I had. “

Laura Fuller from Norfolk was 20 when she sailed with us in Summer 2019, with her sister Susie. She talks about the mental resilience, teamwork, determination and endurance skills that she picked up during her experience onboard.

Here she’s written about the reasons she believes every young person should sail with the JST. You can also read a blog from Laura’s dad here, who has shared why he was so keen for his daughters to experience tall ship sailing.

Sailing was a hobby of mine when I was around 10. Being from Norfolk I spent a lot of my childhood sailing in my little optimist ‘Angel Delight’ on the Norfolk Broads and, during the school holidays, taking part in sailing courses.

My love for sailing left me when I grew a bit older and moved away to boarding school. Also, I hate to admit it but when I came home for holidays, I’d would rather spend time on my phone or catching up with friends then sailing.

Last Summer I was in the penultimate year of my university degree and desperately trying to find myself a job in marketing to make myself more employable, but I failed and after months of rejections and pointless interviews I gave up a resumed my job as a waitress and bartender. Little did I know at the time that not getting a summer job was the best thing to happen to me that summer.

Bored of pouring pints and folding napkins, I tried to find another job or something else to preoccupy myself with that summer. Quite by chance I came across the Jubilee Sailing Trust (JST), who were offering the opportunity to travel across the North Atlantic from Bergen in Norway to Reykjavik in Iceland. It was my parents who encouraged my sister Susie and I to ‘go for it’ and ‘seize this once in a lifetime opportunity’. I wasn’t so sure, however. I had recently found out that I suffer from bad sea sickness, plus I had developed a fear of big boats and I wasn’t really a fan of the sea. But before I knew it, I’d been talked into it, the flights were booked and our bags were packed and we landed in Oslo, Norway, and made our way to Bergen, where we would embark on our voyage to Reykjavik.

At the time I had no idea how much this experience was going to change me or how much I would learn as a consequence of sailing with the JST. Below I have listed below the reasons why every young person would benefit from a JST voyage.

1. The chance to travel and explore different places 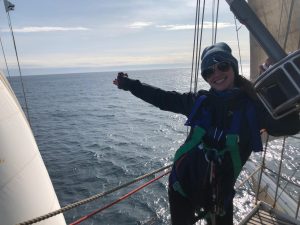 Before even embarking the boat, I felt like an explorer. Bergen was the meeting point for the boat, a beautiful city on Norway’s southwestern coast. So, after a few days exploring Oslo, my sister and I took The Flåm Railway to Bergen. This 7-hour train journey is known as one of the most scenic and beautiful train journeys in the world. It crosses the Hardangervidda National Park, onto the Hardangervidda plateau, Europe’s largest high mountain plateau.

We had a day to enjoy Bergen, where we explored the city, went round the little market and took the Ulriken cable car that takes you to the highest of Bergen’s seven mountains where we enjoyed the spectacular view of Bergen and the surroundings.

Boarding the boat that night I was fearful I would not see land for 17 straight days, it also entered my head that I would prefer to swim to Reykjavik rather than endure 17 days of seasickness. However much to my delight and relief I was told we would be making three stops along the way. Firstly, to the Shetland Islands in the Northern Isles of Scotland, the Faroe Islands, a self-governing archipelago, which is part of Denmark and finally the Vestmannaeyjar, just off Iceland’s south coast.

The Shetland Islands was our first stop after only 2 days at sea where most of us were struggling to get our ‘sea legs’. It provided everyone with a much-needed break from the choppy sea and a chance to stretch our legs. The Shetland Islands were fairly small but very sweet with a cute market square, shops and restaurants as well as beautiful scenery and beaches. On our second day we took a taxi tour of the whole island where we fed Shetland ponies, saw the incredible landscape and ventured to Sumburgh Head to see some Puffin, sadly there were none.

The Faroe Islands was our next stop. According to our captain it rains 99% of the time there, however during our visit there was nothing but blue skies. After exploring the capital, Tórshavn, our group took a short but beautiful bus journey to Vágar where we did a breath taking 4 hours round hike. Scaling big rocks and a steep hill climb later we reached the main viewpoint where we could see the ocean stretched out before us and the Mulafossur waterfall.

Our last stop before Reykjavik was the volcanic Vestmannaeyjar Islands where the main attraction was Eldfell, the activate volcano. The long hike to the top was worth it as the view was amazing, it was getting down that was the tricky part. We found a grassy area and instead chose to roll down the volcano rather than climb down.

Reykjavik was our final destination. We disembarked on the same day as the Reykjavik marathon and culture night. Once again, the weather was on our side as we enjoyed a full day of exploring Reykjavik, its culture and listening to open-mic karaoke, poems and live music, followed by a street party, concert and fireworks in the evening. Definitely my favourite moment of the whole year!

The best part about the sailing trip is it strips you away from the affairs of modern life. No internet, no signal, no TV. The true beauty of it is you focus on yourself, making new friends and meeting people of all different ages, backgrounds and countries. Everyone was so supportive and encouraging and even during 4am night watches in howling gales.

I wasn’t used to socialising with people much older than me but meeting all sorts of different people who had so much life experience and incredible stories was amazing. I was also startled to find that the majority of people who I would consider ‘elderly’ were a lot fitter and stronger than I was. Really goes to show that you’re never too old to do anything.

3. It’ll push you out of your comfort zone

I’m not going to pretend the whole three weeks were easy and ‘plain sailing’. In fact the first 24 hours were some of my hardest ever. The overwhelming feeling of sea sickness was initially unbearable (mainly because I forgot to take my sea sickness tablets). Everyone else were either experienced sailors or had got their sea legs before me.

However, I soon realised that regardless of whether I felt sick or not life needed to carry on. This was when my mental resilience was tested the most. On the boat everyone needed to work as a team in order for everything to flow smoothly. This involved alternating mess duty, which was kitchen duty where we would take it in turns to help prepare the food for meals. We also had watch duty once a day where we would spend 4 hours up on the deck where we would watch out for other boats and ensure we were still on course which involved navigating using a map and compass. It was also our job to watch out for wildlife. One of my highlights of the voyage was seeing all the wildlife that followed our course including puffins, orca’s, minke whales and dolphins.

Going on the JST voyage was so far out of my comfort zone I almost thought I couldn’t go through with it, but it turned out to be one of the greatest achievements of my life. I overcame fears that I didn’t even know I had. On the first day when the opportunity came to climb the rigging to left the sails down I discovered I had a fear of heights, but with the support of everyone else I made it to the crow’s nest and even to the very top of the mast which was an experience I will never forget. 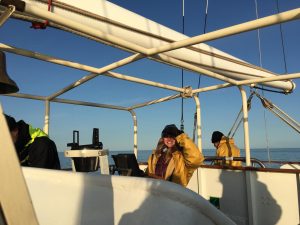 The skills you develop and the lessons you learn from sailing with the JST are endless. For me it was mainly mental resilience. Before the voyage I would have said I was very mentally tough, however this voyage proved that I was not as tough as I thought I was and my time with JST helped me realise this. As a consequence of sailing with the charity I believe I have more stamina and determination, skills which are essential to everyday life and I am pleased I learnt these skills at such as young age.

I have played team sports since the age of 6 and thought I understood the concept of teamwork, however sailing taught me a whole new version of teamwork. To keep the boat moving in the correct direction required everyone to work together, whether it be steering the ship at the helm, pulling the various ropes to ensure the sails were in the right position or else cleaning the boat during ‘happy hour’ to make sure the boat was clean and sanitary.

Mental resilience, teamwork, determination and endurance are impressive skills that most employers look for when recruiting, therefore I think any person, particularly young people, that wants to develop important life skills, such as these, should consider signing up for future voyages.

Take a look here at our 2021 programme and get in touch at info@jst.org.uk if you’re interested in any of our voyages. 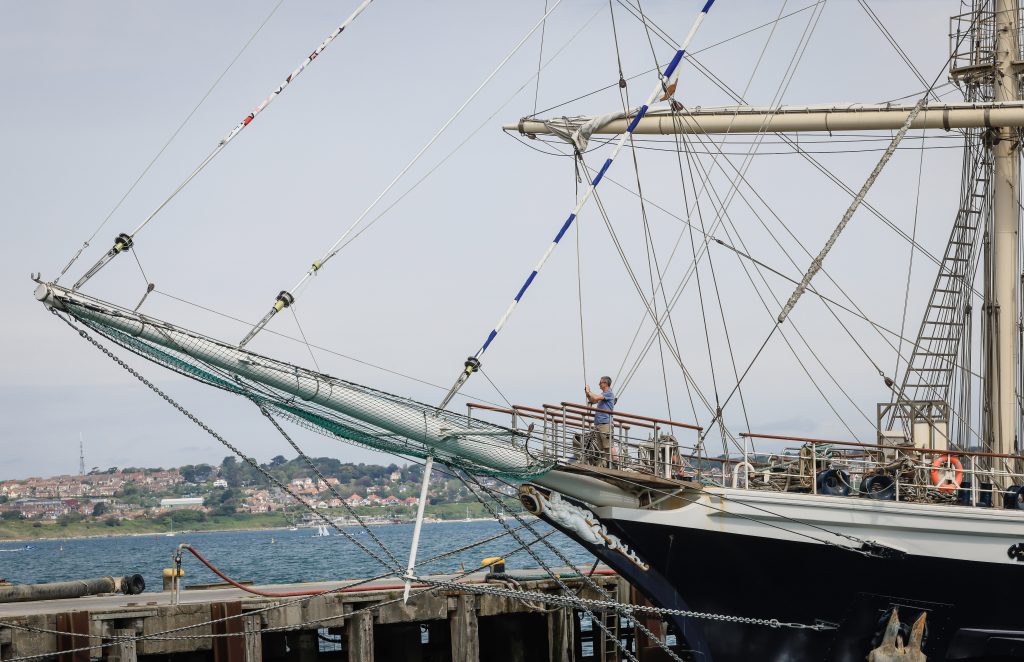 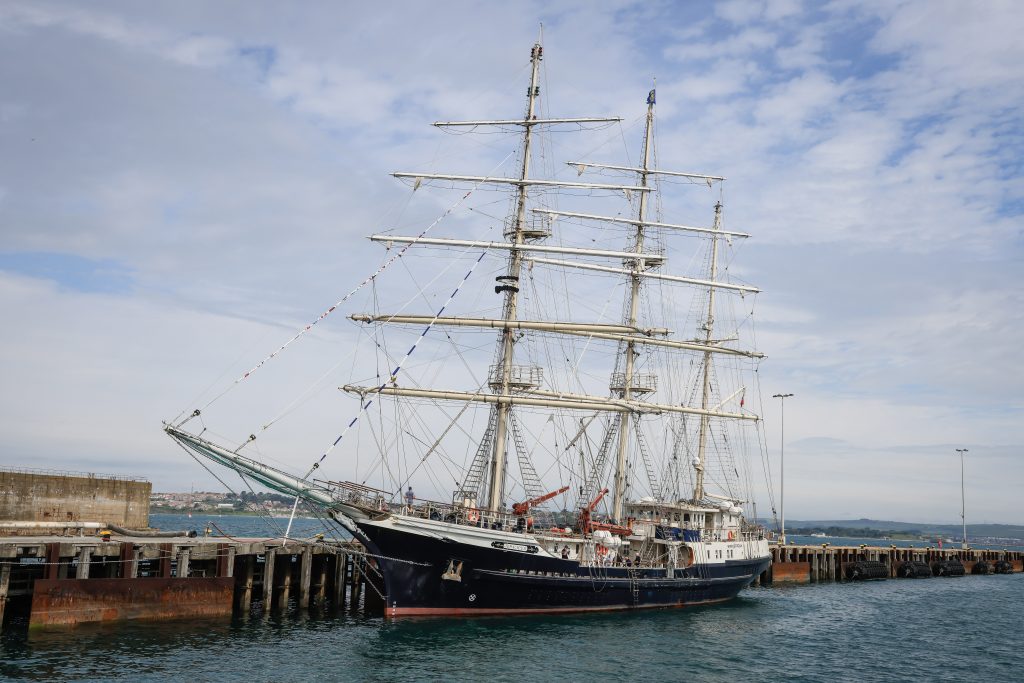 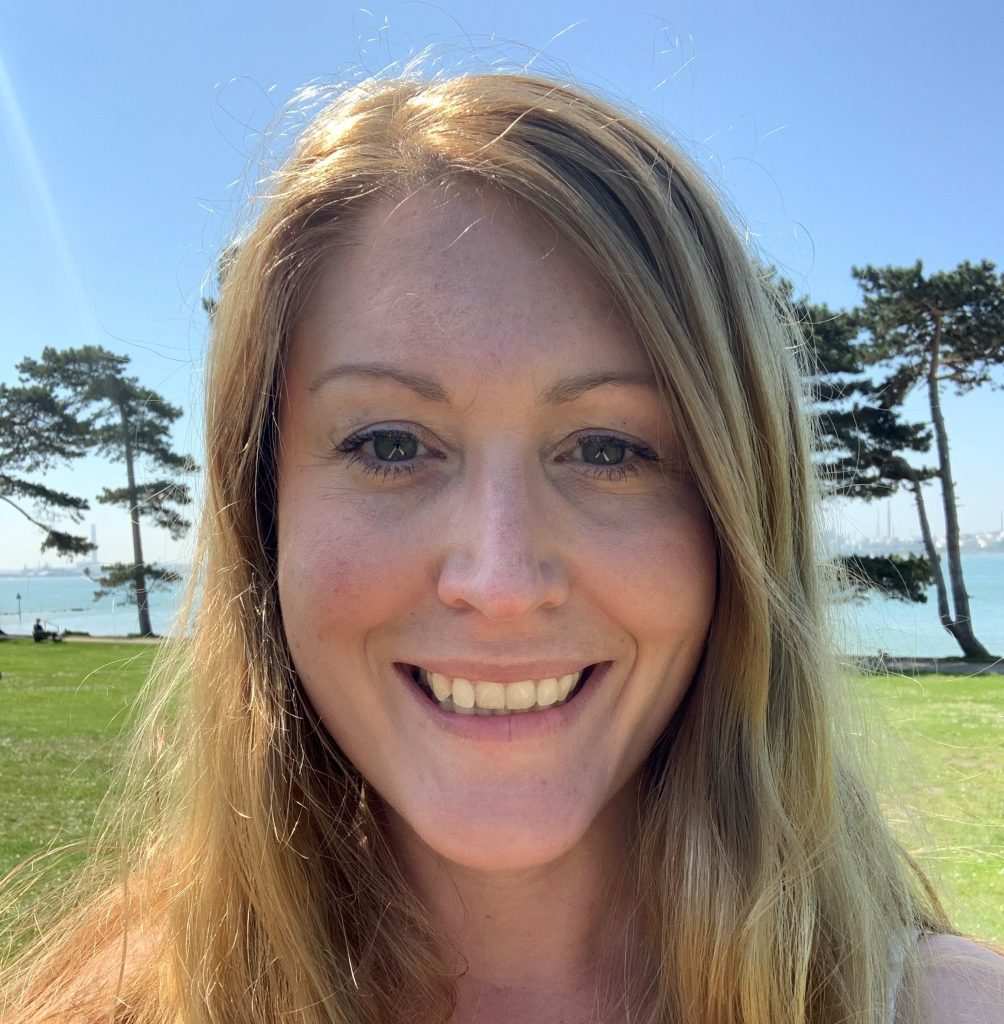 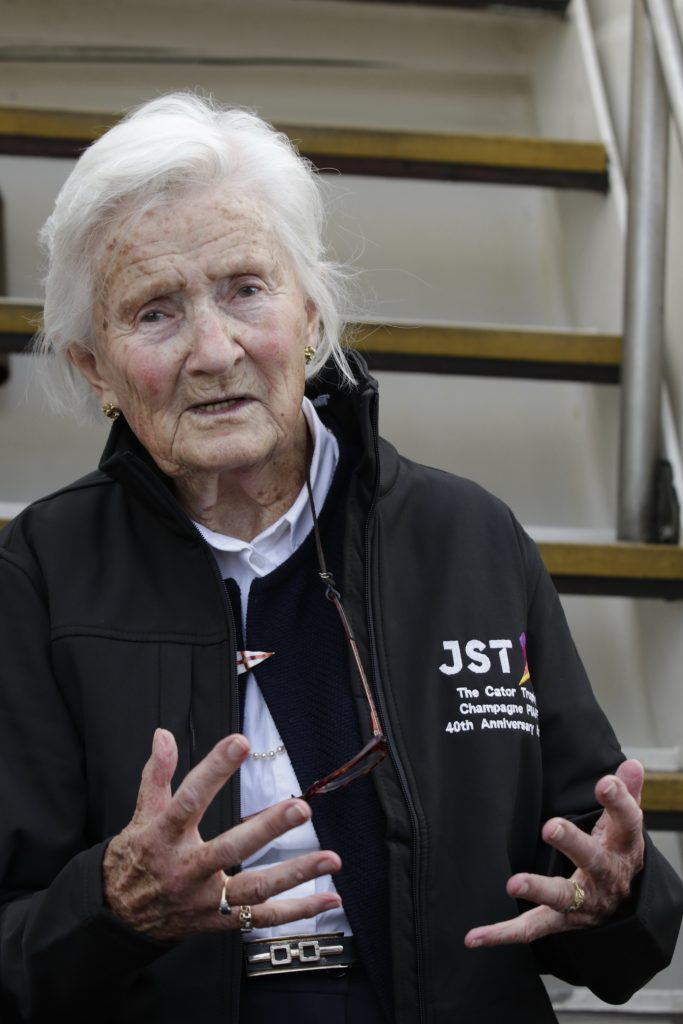 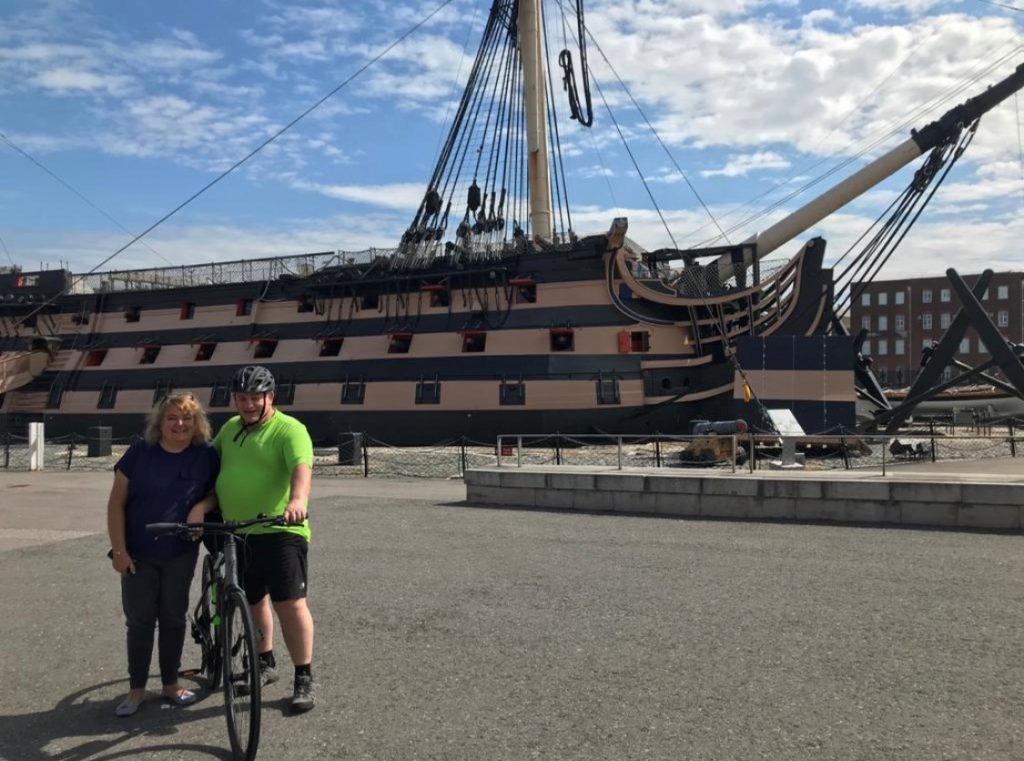